What to do if you've found a pit Bull

​If you are reading this, you've likely found a pit bull and don't know where to start to help him or her. You may have already contacted local shelters only to find out that most of them have a policy against the breed and don't adopt out pit bulls. Yes, things may not be easy, but if you are committed to helping this dog, we can help you in your quest for a good home.
Found a Pit Bull
Lost and Found Ads
First, you may want to check the "lost" ads in your local paper to see if someone is looking for their dog. You could also place a "found" ad in your local paper. Often these are free. We recommend that you give very little information about the dog (e.g. found pit bull). If an owner contacts you they will need to provide some identifying characteristics (gender, collar information, color, etc.) This will ensure that the correct owner claims the dog.

Local Animal Care and Control Shelter
You should also report the dog found to the animal shelter that covers the area where the dog was found. You may also want to contact animal control from neighboring towns. . Ask if they can scan for a microchip (a permanent form of ID implanted between the shoulder blades) at the local shelter or a veterinarian's office.

Flyers
Take a picture of the dog and print out flyers to put up in and around the neighborhood where he was found. Include the photo, the words found dog, and a telephone contact number. Do not list more information to ensure that any inquiries are genuine.
​Create a flyer.

If there is no response to these efforts, you can try to contact a pit bull-friendly shelter or a specialized rescue group in your region to see if they have room for the dog. PBRC has a listing of pit bull-friendly organizations and animal shelters. If you'd like to check one in your region or neighboring states, please go to Rescue Organizations. Note that most groups are completely full and your chance of finding a place that will take the dog is very slim. PBRC cannot take dogs either as it is not a dog shelter. We don't maintain a database of referrals and all the foster homes we know are full. The dog's best chances are if you can foster him/her or find someone who can until a suitable home can be found.

Be advised, it can take months to find the "right" home for a Pit Bull. Before you take the responsibility of placing the dog please make sure he/she has a good and stable disposition towards people of all ages. People-aggression is not a well tolerated trait with this breed. The help of a professional trainer or animal behaviorist is recommended if you don't have experience with this. You can also refer to PBRC's basic Temperament Evaluation Test.

The dog should be spayed or neutered and have current shots. You can call the following numbers for low cost spay/neuter referrals and vouchers: 1-800-248-SPAY or 1-800-321-PETS. You can also search for nationwide services at Nooters Club ​Be aware
that placing an intact dog will only make things harder for the dog and for you, not to mention all the dogs who die homeless. Please don't take a chance that the dog you saved will contribute to the homeless dog problem. And remember, responsible and caring individuals would rather adopt an altered dog, while dog fighters and breeders prefer intact dogs. You will increase the dog's chance of find a better home if he/she is altered before being listed. For a list of free or low cost spay/neuter programs for pit bulls.

Avoid same sex-placements and multiple dog homes, and do not place a pit bull without providing essential breed information to the new owner(s). You need to understand these dogs in order to find a good home for them. PBRC has a breed information page that contains excellent information. Please, take the time to read it so you can, in turn, educate potential adopters.

We've create a page with recommendations specifically for caretakers that are fostering and placing pit bulls, and another with tips on screening potential homes.
Don't rely ONLY on the PBRC listing to place the dog because, as you'll notice, there are a lot of pit bulls available in the site. Other ways to advertise include posting flyers at veterinarian's offices, grooming shops, pet supply stores and anywhere there is a public bulletin board.
There are many places online to advertise, too, including PBRC and Rescue Me! Check out our Links  page for more rescue resources.
We hope some of these suggestions are helpful. Don't hesitate to email us if you have additional questions.
​BASIC BEHAVIOR EVALUATION
The assessment below can be used by future owners, shelter employees and volunteers to evaluate adoption prospects. For additional information on evaluating behavior in a potential rescue dog please see "Evaluation of a Potential Rescue Dog."
​
Tips on Selecting a Dog
Tips for Evaluating a Dog ​
Behavior Assessment for Adult Dogs
​BEHAVIOR ASSESSMENT 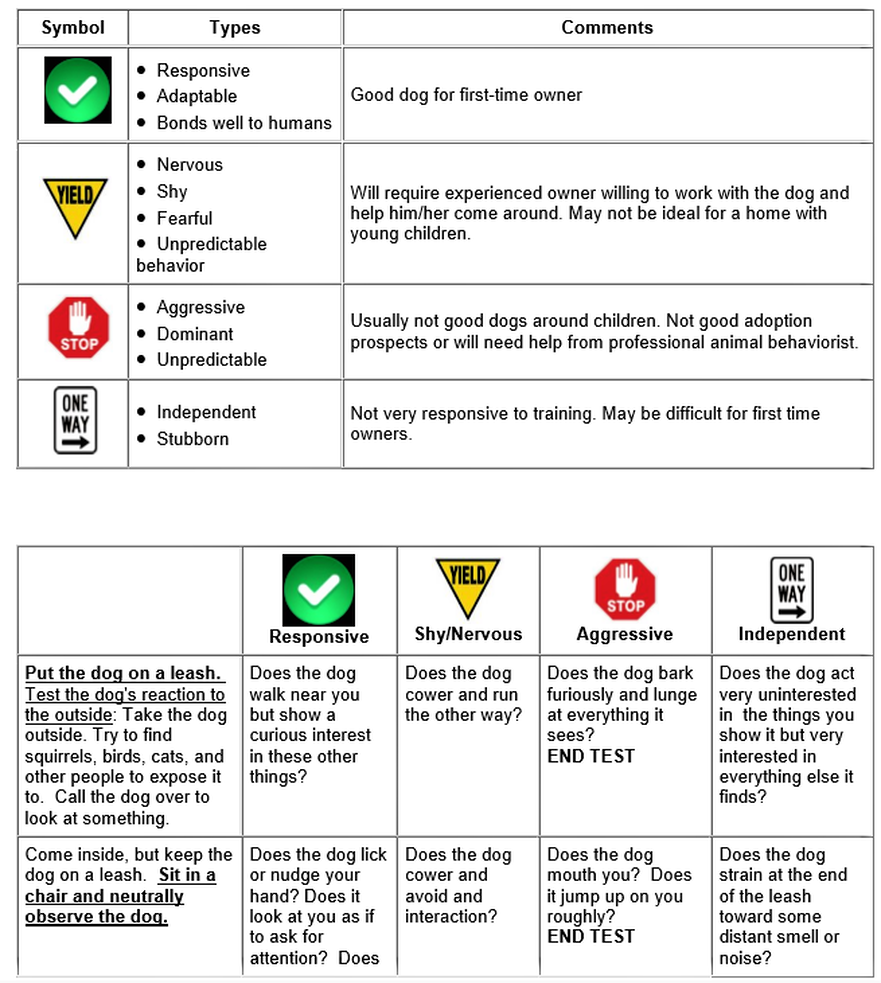 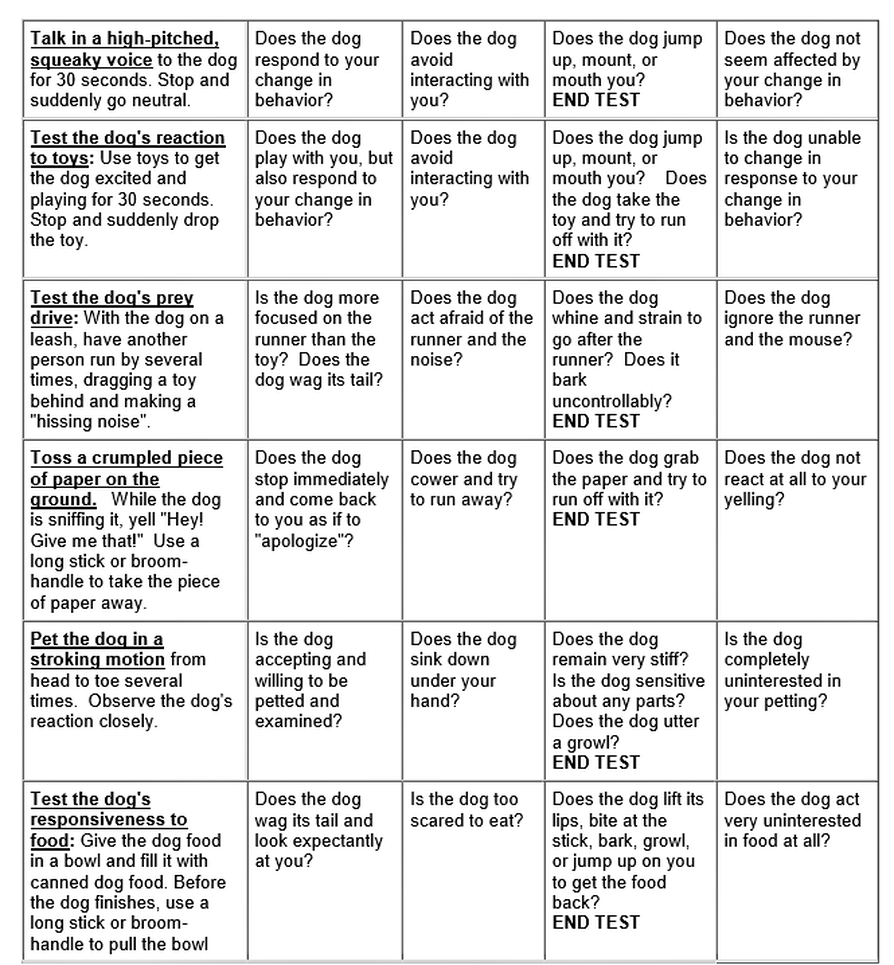 Why Pit Bulls Should never be offered 'free to good home'.